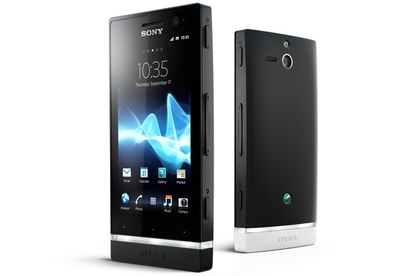 The Sony Xperia U is an entry level model targeted at pre-paid users. When you consider its price, the overall package of excellent build quality, good battery life and intuitive software represents good value. There are a couple of drawbacks, the main one being a lack of memory, but if you can get your head around that, the Xperia U offers excellent value for money.

Sony's Xperia U may be the baby of the company's new NXT series of Android phones but it certainly doesn't look out of place among more expensive alternatives. A compact design, good build quality and a functional user interface are only let down by a lack of internal memory and an older version of Google's Android software.

Small in size but not in quality

The Sony Xperia U is constructed from plastic but build quality is one of its highlights.

The Sony Xperia U is an entry level pre-paid smartphone but its design is very reminiscent of far more expensive models, notably the company's flagship Xperia S and the mid-range Xperia P. It follows the same design principles as these handsets — a square, block shape with sharp corners, a slightly curved back and a distinctive transparent band below the screen.

The Xperia U is constructed from plastic but build quality is one of its highlights. There are no creaks or rattles when the casing is pressed, we love the rubber-style finish on the back cover and the buttons are well placed for single-handed use. Despite its the sharp corners, the Xperia U's small size is a huge plus for ergonomics as the phone fits comfortably in your hand. 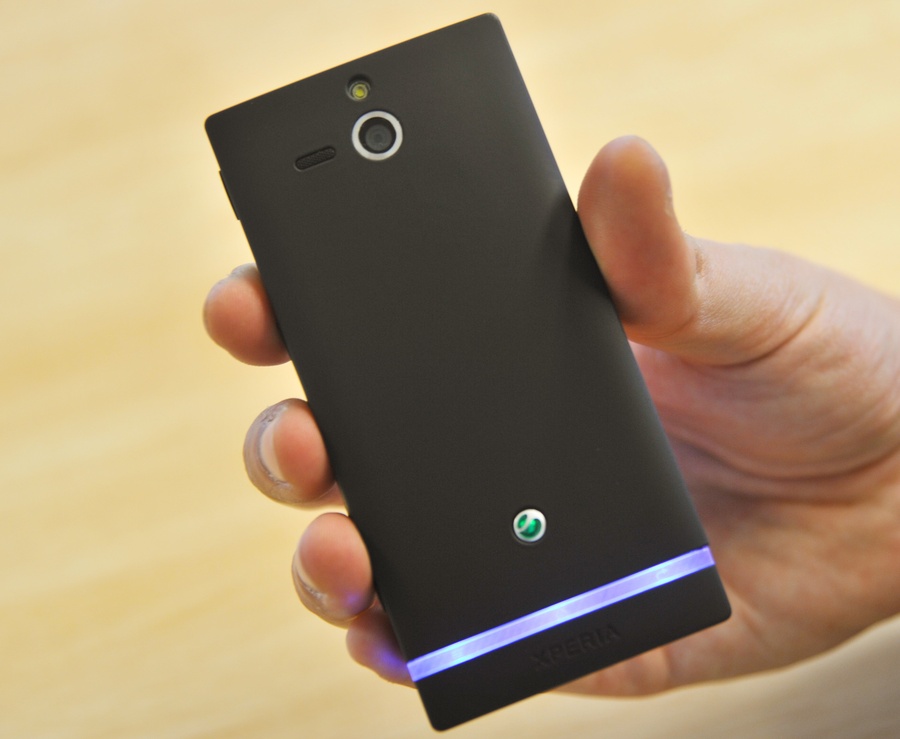 We love the rubber-style finish on the back cover of the Sony Xperia U and its buttons are well placed for single-handed use.

The Xperia U's transparent band below the screen has back, home and menu labels printed on it, but the keys themselves are the small dots above the band. The bar is simply backlit label for these buttons. The backlight of the bar changes colour depending on the theme you have set in the Xperia U's software and it will also display colours to match images you're viewing in the gallery. Further, the plastic cap below the transparent band is interchangeable. Sony includes an extra one in the sales package and also sells multiple coloured caps as optional accessories.

The Sony Xperia U has a compact 3.5in screen with a resolution of 480x854, which to be fair is quite impressive for a budget handset. The screen isn't going to blow you away and does lack the vivid brightness of the "WhiteMagic" panel on the Xperia P, but it has reasonable viewing angles and displays crisp text. In fact, the pixel density of 280 ppi (pixels per inch) makes it one of the better screens we've seen on a lower-end Android smartphone. 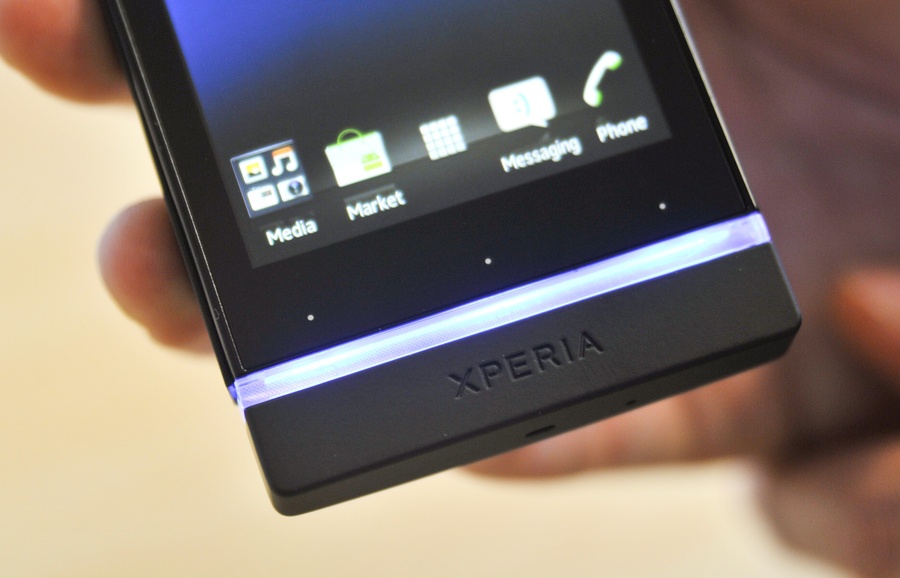 The backlight of the transparent bar on the Xperia U changes colour depending on the theme you have set.

ICS has been in existence since late last year, so the wait is completely unacceptable.

The Sony Xperia U runs the 2.3 Gingerbread version of Android which Sony admits is a disadvantage at a retail level. The company has promised an upgrade to 4.0 Ice Cream Sandwich in the near future, but considering it has been in existence since late last year, the wait is completely unacceptable.

Given the Xperia U's positioning as a low-end, prepaid smartphone, however, the lack of Ice Cream Sandwich software is a little easier to take, especially when Sony's UI overlay is one of the best we've used. There are some very appreciated features including an app draw can be sorted by multiple parameters, a lock screen allows you to swipe directly into new messages and missed calls, and Sony's intuitive quick settings widget and power saver apps. The only downside is Sony's insistence of preloading the Xperia U with so many apps, most of which are useless. 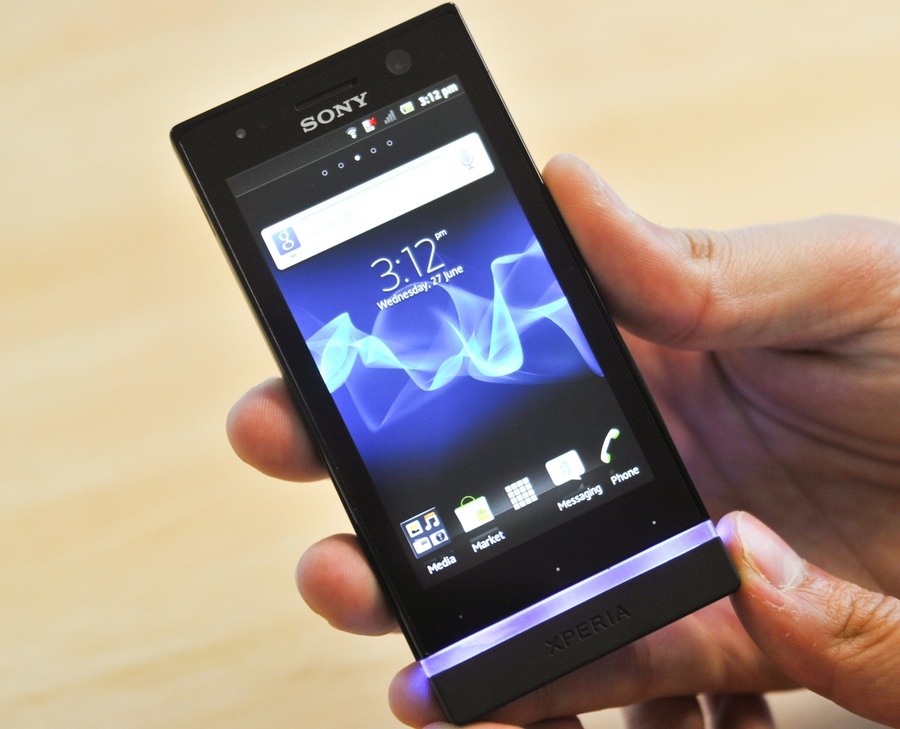 Sony's UI overlay on the Xperia U is one of the best we've used on an Android device.

There are a few other negatives, but most of them need to be put into perspective when you consider the low asking price. Performance is largely smooth enough but there are times, often when using basic features, that the Xperia U's 512MB of RAM seems limited. We wouldn't exactly describe the phone as slow but it's certainly not fast, either. The biggest issue, however, is the lack of internal memory. With only 4GB of storage available and no microSD card slot, we suspect many users could be forced to look elsewhere.

The small 3.5in screen also means Sony's default keyboard on the Xperia U is small and cramped. The inclusion of Swype like functionality that allows you to draw over letters to type does help immensely, but we found it less efficient than Swype. 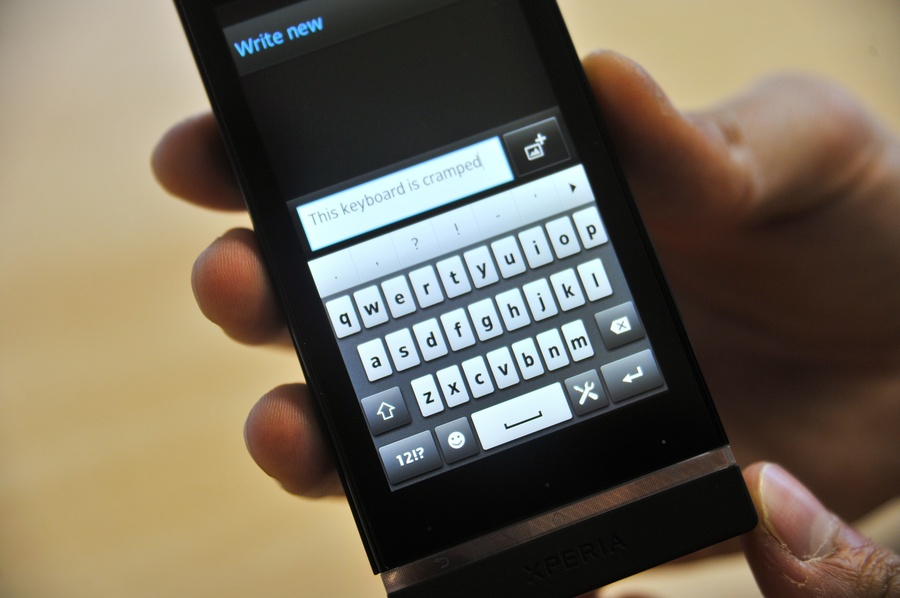 Sony's default keyboard on the Xperia U is small and cramped, though the inclusion of Swype like functionality does help.

The Xperia U takes decent photos, but image noise was still prominent in most of our shots.

The Sony Xperia U has a 5-megapixel camera but it still uses Sony's Exmor R image sensor. Sony claims the sensor produces images with higher sensitivity and less image noise in low light areas. The Xperia U takes decent photos, but image noise was still prominent in most of our shots. Colour reproduction is notable, however, and the detail in images is impressive for a 5-megapixel camera.

The Xperia U also has a VGA front facing camera for video calling, which works well for third party video apps like Skype and Tango but captures mediocre still photos. Unlike some of Sony's other Xperia models, the Xperia U lacks a HDMI-out port and doesn't have NFC connectivity. Neither are huge disadvantages at this price. 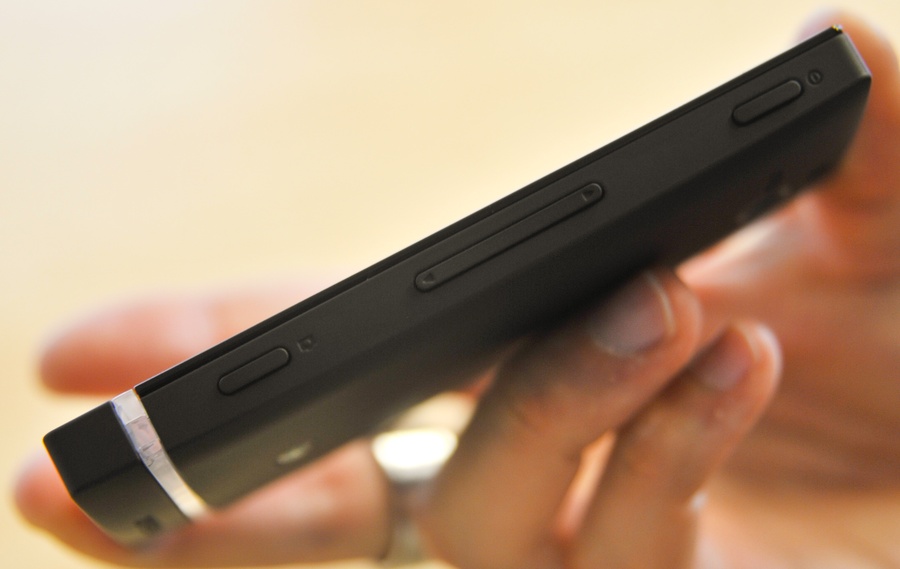 The Xperia U's battery life is perhaps its most impressive feature. We easily managed to pump out a full day of use out of the phone before it needed recharging. We suspect most users should be able to slightly better that given we consider ourselves heavy users.

The Sony Xperia U is available now through Crazy Johns for $0 on the $15 value plan and sells outright through Sony Centres ($299) and Dick Smith Stores ($289).