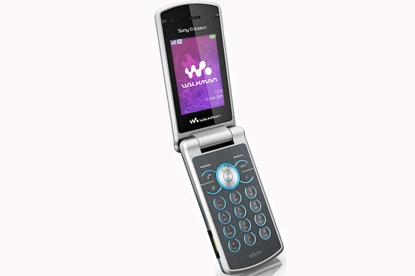 The Sony Ericsson W508a follows a similar lead to previous, mid-range Walkman mobile phones. It’s relatively inexpensive, best described as solid and has an excellent display. It won’t wow you with its features list, but it doesn’t need to.

Sony Ericsson’s latest Walkman phone is the clamshell W508a. It doesn’t offer too much to get excited about, but this is a solid, mid-range HSDPA mobile phone with an excellent display.

The Sony Ericsson W508a is a flip handset and this is certainly something of a rarity — most of Sony Ericsson’s handsets are candy bar or slider phones, with the exception of a select few such as the W980i and the W380i.

The design of the W508a mobile phone is definitely a mixed bag. On one hand, we liked the glossy grey finish on the front and the silver edging. The external display shows caller ID, battery life and reception indicators and also displays the time — it looks excellent at night. The W508a also features backlit, touch sensitive music controls on the front (previous, play/stop and next). They make it possible to control your music without having to flip open the phone, however they aren’t responsive enough, often taking two or three presses to register.

Certain elements of the W508a Walkman phone are underwhelming. The keypad and controls are flat and require a firm press to nudge and the selection keys are too close to the answer end call keys. This results in inadvertently bumping the wrong button by accident and it happens far too often.

The internal display is without doubt the best feature of the W508a Walkman phone. It’s bright, crisp and clear and possesses excellent viewing angles. A minor complaint lies with the glossy black surface surrounding the display — it looks stylish, but attracts plenty of glare, especially when using the phone under fluorescent lighting indoors, or in the sun outdoors.

The Sony Ericsson W508a doesn’t offer anything new, groundbreaking or overly exciting, but the features it does possess are well designed and implemented, starting with the Walkman software. An icon represents each menu and the tiered interface is user friendly. The Walkman software also supports album art.

TrackID is once again available, allowing you to record a few seconds of any song you wish using the external microphone. The recording is then sent to a music database and if the song is recognised, the title, album and artist name are sent back to you. A2DP Bluetooth and an FM radio are also available, while shake control and SensMe technologies are both present. Shake control allows you to skip tracks by shaking the handset, while SensMe allows you to create a playlist based on mood and tempo. The W508a also boasts gesture control, allowing you to mute an incoming call or snooze the alarm by simply sweeping your hand over the front of the phone. It’s surprisingly effective and responsive.

The Sony Ericsson W508a doesn't include a 3.5mm headphone jack, but the proprietary connector features a 3.5mm adapter. You can also tailor your audio using the five band equaliser or the four presets including Sony's proprietary Mega Bass.

Other features include a 3.2-megapixel camera, a video player and games, as well as some of Sony Ericsson's proprietary applications such as VideoDJ, PhotoDJ and MusicDJ. The camera is fair and doubles as a video recorder, though no flash means night-time photography is impossible. The Sony Ericsson W508a also includes remote control and sound recording functions, and Bluetooth 2.0 connectivity, while PIM features include calendar, tasks, notes, alarms, calculator, synchronisation, timer and stopwatch applications.

The phone only has 100MB of internal memory, but there is a Memory Stick Micro (M2) card slot located behind the rear battery cover. Sony Ericsson generously includes a 1GB M2 card in the sales package.