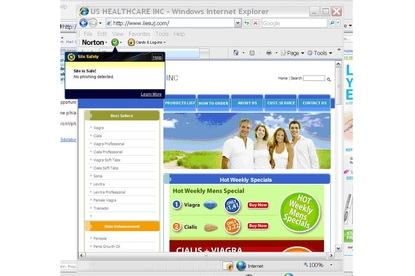 Security software customers are speaking with their feet: they want security updates and other security interruptions out of their faces, and they won't hesitate to dump their security suites because of performance drag - whether or not it's actually the security software that's to blame.

That's why Symantec is working on the next iteration of Norton Internet Security, NIS 2009, with the mantra of what it's calling Zero Impact Performance: "Security so light and fast you never even know it's there - until you need it."

We're talking about more than 300 major overhauls that the company asserts will affect almost every aspect of the security suite, from scanning engines to user interface. Symantec says that NIS 2009, released to public beta on July 14 and due to ship in the Autumn (September 16 is our current best guess), will include the industry's fastest protection updates, half the memory usage of its next-most-memory-stingy competitor (BitDefender Internet Security 2008) and a blink-of-an-eye install time of one minute.

Interestingly, Symantec says that underpowered systems with pre-existing performance problems are the root cause of the majority of complaints it receives in its support centre every month. A Symantec representative stated that of some 1 million people who contact Norton technical support monthly, 40 percent are running PCs with 512MB or less of RAM and 75 percent memory utilisation, and another 31 percent are running with 1GB of RAM and 57 percent memory utilisation.

So in order to test Symantec's Zero Impact Performance promise, the system we chose to run the beta on was a sputtering lemon - an older, underpowered Windows XP machine with performance problems.

The results? After having suffered far too long under the tyranny of Norton Internet Security 2008's constant intrusions and the near-comatose reaction time of an outdated system, we found that the beta actually delivered the goods.