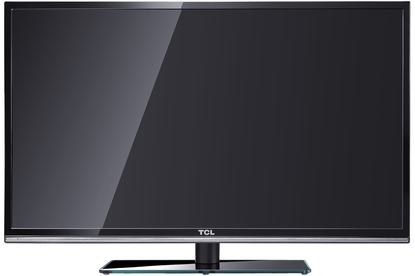 TCL's mid-range LED TV strikes some solid blows in its image quality, energy efficiency, and integrated features; it's a television that proves China is not far behind Korea and Japan in the never-ending race to be the best. At the moment it's possible to get a better television from a big brand for a slight premium, but we're cautiously optimistic about the Chinese company's future.

In the past few years, we’ve seen Japanese TVs from Sony, Panasonic and Sharp supplanted by Korean brands like LG and Samsung, offering similar or better quality and innovative features for competitive prices.

There’s a new set of challengers in the market, though, with Chinese-manufactured brands like Soniq, Kogan and Hisense muscling in by under-cutting costs and driving prices down.

TCL is one of those Chinese brands, and it’s the biggest brand you’ve never heard of. TCL is the sixth largest television maker in the world, and has over 30 years of manufacturing under its belt. The company has recently teamed up with IKEA to offer the Uppleva range of televisions and accessories, expected to be available in Australia in the first half of 2013.

TCL sells its own brand of televisions in Australia, through stores like Bing Lee and Harvey Norman. 14 different models across seven ranges are available, spanning screen sizes of 19 to 55 inches and the bottom of the market to the upper-middle.

The L50E5000F3DE is one of four Smart TCL TVs, sitting at the large end of the company’s size spectrum and the middle of the price range.

The TCL L50E5000F3DE (or E5000, for brevity’s sake) is a simple, unobtrusive but slightly naff-looking television — the thin piano black bezel around the top and sides is fine, but the combination of brushed-metal-effect plastic and the stark TCL logo on the lower bezel does cheapen the look somewhat.

The stand of the E5000 is simple, easy to assemble — five screws into the base and you’re up and running — and has a generous amount of swivel range. It’s got a flat glass base not unlike last year’s LG televisions.

Buttons for power, menu, volume and channel navigation are hidden behind the right-side bezel, but would be easy to reach with the TV wall-mounted.

Around the back, power runs to a figure-eight connector on the TV’s right, while the left side has inputs and outputs arranged facing downwards and outwards.

Two USB ports sit above headphone, composite A/V and line-in audio, while the four HDMI ports (one of which has Audio Return Channel support) are the lowest outward-facing connectors. Running along the bottom of the screen you’ll find VGA, an antenna plug, digital audio output, and the integrated Ethernet networking port.

Setting up the TCL E5000 is a simple process. After connecting the base to the stand, plugging in the power and turning the screen on, you’re presented with a digital/analog TV auto-tuning menu which prompts you for your location in Australia. After letting the scan run for around two and a half minutes, you’re ready to watch.

TCL’s ‘Smart’ functionality in the E5000 is basic at best. It’s restricted to an integrated Opera Web browser — Flash support included — Facebook, YouTube access and the Yahoo! Connected TV service. Yahoo! Connected TV is a service that’s available in the US with movie and TV show streaming, as well as a range of apps, but there is — at the moment at least — Connected TV locally is limited to some social media, news, and weather services and basic games.

The Web browser is good though, although it’s not particularly high-resolution. Optimised for 10-foot lounge-room viewing, the interface is a little over-sized and not a great deal of information is displayed on-screen. We would have preferred a zoom option on the remote control for adjusting what you read. If you want, you’re able to plug a wireless keyboard and mouse into the TCL E5000, and the Web browser is usable in a pinch as long as you’re not looking for a full PC experience.

You can use the E5000’s integrated DLNA client to access any media files you have accessible on your home network’s DLNA-enabled devices. We were able to stream MKV, AVI, DiVX video files as well as MP3 audio and JPG images, and the same functionality is available when you connect an external hard drive or flash drive directly.

The TCL E5000 doesn’t have Wi-Fi integrated — you’ll have to buy an optional Wi-Fi adapter and use one of the two USB ports. We used Ethernet for our testing; it was automatically configured and we didn’t have to hunt through menus to set the correct options.

The 50-inch TCL E5000 uses edge LED lights surrounding its Full HD, 1920x1080 pixel LCD panel. The backlight dims automatically to suit darker scenes in movies, dynamically increasing the contrast, but there’s no local dimming mode to darken one area of the screen while another area remains bright. In the hierarchy of LED and LCD televisions, the E5000 sits roughly in the middle — it’s markedly better than a CCFL-backlit LCD TV and a fixed-brightness edge LED TV, but inferior to a local dimming edge LED TV as well as the ultimate local dimming LED backlight setup.

When it’s displaying a Blu-ray movie — we chose our standard Blu-ray test discs of The Dark Knight and Batman Begins and Avatar for the majority of our testing, with Cloudy With A Chance Of Meatballs and Terminator: Salvation thrown in for good measure.

The dynamic backlight does a reasonably good job of keeping up with the fast-moving dark-to-bright-to-dark scenes at the start of Dark Knight and Begins, although it stumbles during the Begins night-time scene with pin-pricks of bright white light, where it tended towards overly bright. For the most part, the contrast of the TCL E5000’s default mode is quite impressive, beating out most other Chinese-made edge LED TVs that we’ve tested.

Colour vibrancy is good, although a little oversaturated in the default mode, which robs a bit of detail in the brightest and most vivid areas of colour. Sharpness is too high by default but after backing it off a little we found it had plenty of detail from appropriately high-definition sources with no over-sharpening or excessive edge definition. We’re impressed by the picture that the TCL E5000 can produce, given its affordable price tag.

As a 100Hz model the TCL E5000 does a pretty good job of keeping fast motion in check, with noticeable blurring or jitter only occurring during instances of small in-frame objects moving across a static backdrop (think of a Formula 1 car moving across the screen during a static wide-angle shot). There’s no blurring during whole-frame pans (think of a camera panning across a landscape in Planet Earth), which is the instance of motion blur that’s usually most visible and most annoying on LED TVs.

With a single pair of active-shutter 3D glasses enclosed, the TCL E5000 is able to display 3D video when it’s fed from an appropriate Blu-ray player. It can also convert regular video into 3D — it’s not great unless you’re watching a high-definition video source, with significant flickering introduced to digital TV and YouTube in the faux-3D mode. It does a decent job of converting Blu-ray video and high-definition Xbox 360 games into faux-3D, though — roughly on par with Samsung’s first-generation active 3D LED TVs from 2010, with a sense of depth but some blurring on fast-motion edges and a small amount of flickering.

We did notice that the TCL E5000 was comparatively slow to turn on, taking around five seconds before a picture appeared on the screen. This is definitely not slow when compared to televisions from 2011 and before, but when it’s up against speedy models like the Sharp LE835X, the extra wait is noticeable.

This slow start-up thankfully doesn’t translate to every aspect of the television’s performance. Menus navigate quickly and smoothly and the on-screen Web browser is similarly prompt in responding to remote control input and button-presses on a connected keyboard.

What’s notable is that for a reasonably cheap, reasonably basic television, the TCL E5000 is frugal when it comes to power consumption. It’s got an eight-star energy rating label, and during regular TV watching of free-to-air digital in the straight-out-of-the-box Home viewing mode we didn’t see energy consumption of over 115 Watts on our power meter.

Our main issue with the TCL L50E5000F3DE is that its price tag isn’t especially far below competing models like the Samsung Series 6, when the latter model is on discount (as it usually is at most big-box stores, which don’t sell at RRP). If you can find the E5000 below $1000, it would be good value for an LED TV of its size and performance.

On its own merits, the TCL E5000 has good image quality — better than we were expecting — as well as good power consumption figures. Its Smart services are behind the Korean and Japanese 8-ball, but overall we came away with a positive impression. We’re looking forward to the next generation of TCL TVs to see what they deliver.