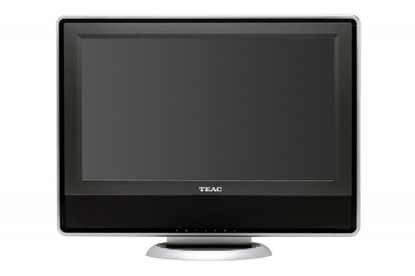 For the price point, the TEAC LCD3733A is a reasonable unit that offers good performance when viewing DVDs in SD while also delivering favorable results in HD too.

The 37 inch TEAC LCD 3733A is a 1366 x 768 pixel high definition LCD panel with an excellent range of connections, solid performance in Standard Definition and more than adequate High Definition capabilities. It has a unique design which sets it aside from the crowd and for the regular consumer; the price to quality ratio is appealing. It isn't a perfect unit and does have a few problems, particularly in displaying High Definition content, but for the price, it is quite a good buy.

We tested Standard Definition performance by viewing test DVDs which are designed to test the strengths and weaknesses of a panel. We use the Philips CE2006 Demo DVD, the lobby scene from The Matrix and Digital Video Essentials.

The Philips CE2006 Demo DVD showed a surprising strength of the panel in its ability to handle motion jitter. Unlike many high-end models we have reviewed, the TEAC performed quite well in this regard. There was still a noticeable level of jitter in the sample video, but it was far less than we have seen in the past. The colours are well balanced with no over saturation and excellent separation. We found no stepping issues and excellent skin tones in our contrast tests and saw no signs of over sharpening.

The DVD playback test using the lobby scene from The Matrix was fairly consistent with the CE2006 results, with no discolouration, no image noise and no pixilation in the finer details. The motion blur was visible but not noteworthy, and once again, sharpness was excellent. The only problem we found was noticeable stepping in dark areas, but since the stepping did not extend to skin tones, it was mostly negligible.

The Digital Video Essentials tests revealed some moderate pixel fluctuation in low gray at about 20% amplitude and a magenta discolouration at that same point in the grayscale. However, the black on white block tests were handled flawlessly and the colour bar and SMPTE bar tests were also rendered without problems.

For High Definition we used the Xbox 360 video game system at 720p and 1080i running both gaming content and video content. Even though this is a native High Definition panel, its weaknesses are apparent when attempting to view HD content. We used the video games Ghost Recon Advanced Warfighter, Tony Hawk's Project 8 and Rainbow Six Vegas to see how well the panel could render the intricacies of the high quality HD graphics in those titles. Unfortunately, we found many instances of pixilation and aliasing, especially on curved or diagonal edges. We also discovered a noticeable amount of stepping in areas of fine detail, like smoke or dust clouds. From a comfortable viewing distance this may not be an obvious issue for many consumers, but the discerning viewer may find it distracting and frustrating. The only other issue was some over-sharpening on menu text which could not be corrected via calibration. Even at the lowest level of sharpness, it still remained. It should be made clear, at this point, that these problems do not mean that the panel is a lost cause when it comes to High Definition. These were only a handful of problems and for most part it handled the content quite adequately. The colours and motion smoothness including the pixel response were all top notch.

We also viewed HD video at 720p which included film and video game trailers, authored in High Definition. Just like gaming, there was a lack of detail on edges and in areas of fine detail like rain or debris, but when blistering past at 24 frames a second, it will most likely go unnoticed by most viewers.

We connected the unit to a PC via the D-Sub VGA port and ran our test program, DisplayMate Video Edition, at 1024 x 768 pixel resolution. We were impressed by the high quality of the desktop image and how well the icons and text were rendered. Upon running the program the only problem we found was moire distortions in all the sharpness and resolution test patterns. However, since the native height of the panel is 1366 pixels and our output resolution was 1024 pixels high, we attribute this minor moire pattern to interpolation problems and feel that won't hamper the use of this unit when connected to a PC. The colour and grayscale tests were all flawless with no discolouration, over-sharpening or noise in dark colours. The only other issue we found was a slight uniformity problem where the screen was a little darker towards the middle, but once again, this was a minor concern and most likely will go unnoticed.

The design of the TEAC LCD 3733A is quite unique and one that we found appealing. It reminded us of the products being produced in America at the height of the space exploration mania in the late 60s to mid-70s when "space-age" was a term being tossed around. The curved edges and stylized design make the product look quite simplistic in one regard and high grade in another. The bezel is a dark gray and is surrounded by a gloss piano black inlay. The chassis is silver in colour and frames the entire front of the unit including the charcoal speakers beneath the panel. The function buttons run across the bottom of the chassis in a touch button array and the on-screen display is simple and easy to use.

The available connections include a HDMI port with HDCP, one component, one composite and a D-Sub VGA port. It also has optical audio out to transfer the sound from the HDMI port to an AV receiver and PC audio in via a 3.5mm jack. The speaker quality is fairly good, on-par with most LCD televisions at this price point, and the analogue tuner will be adequate if you are in an area with exceptional television signal reception.

For the price, this is a fairly good television. It's not perfect by any means, but it's also not worth discounting for its few flaws. For those on a budget, this is a great unit as it performs reasonably well in High Definition, very well in Standard Definition and exceptionally well when connected to a PC.