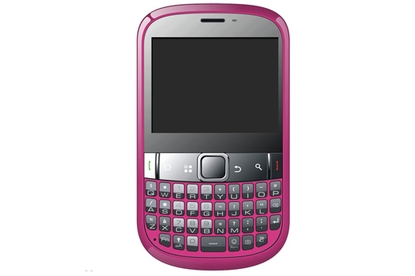 Telstra says the Qwerty-Touch was a direct result of consumer market research indicating a desire for a device that combined a physical keyboard and touchscreen at a low price point. The end result is a decent effort but its odd shaped screen and below average performance will frustrate.

An Android phone that combines a touch screen and a physical QWERTY keyboard for $129. That's Telstra's sales pitch for the Qwerty-Touch smartphone in a nutshell. This phone intends to appeal to users who can't live without a physical keyboard, but it sacrifices crucial screen real estate to do so, creating an awkward user experience.

The Telstra Qwerty-Touch may have a terrible name, but its one of the cheapest Android phones on the market that combines a full sized QWERTY keyboard with a touchscreen. To achieve this, it has one of the smallest screens we've seen on an Android phone — it measures just 2.6in in diameter. The screen is capacitive so it's reasonably responsive, but the small size makes general navigation a little more difficult than phones with larger screens. The odd size (wider than it is taller) also makes Web browsing significantly less intuitive: the screen is short and wide, which means it isn't the ideal shape to handle mobile Internet.

The less than ideal screen is offset by a QWERTY keyboard that is very good for a phone at this low price point. It isn't as efficient or as well designed as a BlackBerry keyboard, but the Qwerty-Touch's keyboard is well spaced, fairly easy to type on and has a soft backlight. The keys do emit an annoying clicking sound when pressed but they are responsive and well laid out. It's far from the best smartphone keyboard we've reviewed but it certainly beats typing on a small touchscreen, which is what you usually get on an Android phone that costs little over $100.

The Telstra Qwerty-Touch feels well constructed despite being made from plastic. The rear battery cover has a rubber-like almost soft feel that provides good grip, and the glossy, rounded edges make the phone comfortable to hold, too. Below the display are four shortcut keys (home, menu, search and back), answer and end call keys and a poorly designed five-way navigational pad. The latter is the only black mark on the Qwerty-Touch's design: it feels awkward to press and the edges are too thin despite being slightly raised.

The Telstra Qwerty-Touch runs the 2.3 "Gingerbread" version of Google's Android platform and features GPS, Wi-Fi and Bluetooth connectivity. This is a "vanilla" version of Android's interface with no UI overlay, though being a Telstra phone it does have a range of the telco's shortcuts and widgets. The best of these is a handy data usage widget that shows how much data you've used on your Telstra pre-paid account. There's also a shortcut to TelstraOne in the main app menu, along with shortcuts to a range of other Telstra services and content including Foxtel, BigPond games and the company's social media aggregator, Tribe.

Performance is about what you would expect from a phone that costs $129. The Telstra Qwerty-Touch isn't particularly fast or smooth. It often lags slightly when swiping through home screens, or when opening applications. The camera takes a few seconds to open, as does the browser and maps applications. With that being said, it generally works for the most part, just don't expect blazing performance.

The Telstra Qwerty-Touch doesn't support Flash Web browsing but it does have pinch-to-zoom, meaning you can pinch the screen to zoom in and out of applications like maps and the browser. There's no front-facing camera for video calling, but there is a rear 2-megapixel camera without an LED flash.

The rest of the Telstra Qwerty-Touch's features are quite basic but the phone does include an FM radio and music player. Multimedia files can be stores on the included 2GB microSD card, located behind the rear battery cover. Telstra has also included some handy apps that aren't normally standard on Android phones: Documents To Go, a basic file manager, global time, a note pad, sound recorder and a stopwatch are all notable inclusions for the low asking price.

Battery life is very reasonable for an Android phone. The Telstra Qwerty-Touch will easily get through a full day of use. This may stretch up to a day and a half depending on your usage patterns. The smaller screen of the Qwerty-Touch is definitely less of a battery hog than most other Android phones.

The Telstra Smart-Touch is available exclusively through Telstra stores and online for $129.