Ubisoft's third stab at the assassination genre is just as sleek and razor-sharp as ever. The addition of a multiplayer mode is also bloody good fun. Simply put, Ubisoft Assassin's Creed: Brotherhood is killer!

In the course of reviewing Assassin's Creed: Brotherhood, the third instalment in the popular franchise, I took some time to reflect on what makes this particular series so popular.

Sure you can extol the game for many things. Great gameplay, awesome voice acting and the occasional steamy sex scenes are just a few of them. But what gives the games that X factor?

I think I know what it is. Ninjas.

Assassin's Creed is essentially a ninja simulator. Yeah, yeah, I know none of the characters are Japanese — far from it — but the similarities between Assassin's Creed and those pyjama-clad psychos are undeniable. Stealthiness, hidden weapons, agile climbing, artful assassinations; these are all traits shared by the ninja. And everybody loves ninjas!

Time travel? There's an app for that

Assassin's Creed: Brotherhood follows on directly from Assassin's Creed 2 (unlike the first game, which was set around 200 years previously). Once again, Desmond Miles slips into the skin of the Renaissance-era assassin Ezio Auditore; a time-spanning trick made possible through a machine called the Animus. The Animus allows Desmond to unlock his DNA's memory and relive the exploits of his ancestors. (I'm pretty sure this was all covered in Year 7 biology).

Once again, Desmond is trying to piece together Ezio's past to unlock the location to a sacred artifact called the MacGuffin of Eden... Sorry; the Apple of Eden. The redoubtable Ezio located the Apple of Eden at the end of the last game, but a surprise attack on his Monteriggioni stronghold sees the Apple stolen. Don't you hate it when that happens?

Ezio flees to Rome with his family and attempts to reestablish the Assassin's brotherhood as well as recover the stolen apple from a new enemy. Thus, a new adventure begins. 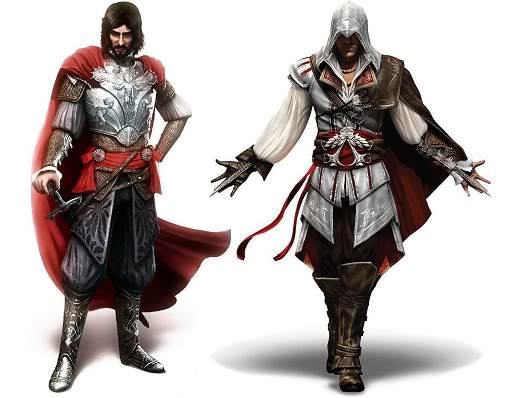 If you're not intimately familiar with the Assassin's Creed mythos, you can attempt to piece together the back story through a three-minute recap sequence at the start. Something about the Knights Templar being evil and the modern day assassins being the good guys, along with some high-tech techno babble that culminates in the happenings of Assassin's Creed: Brotherhood.

How to snag a gamer girlfriend

In Pictures: the sexiest cosplayers in the galaxy

Q&A with PiMP.tv's Christina and Ashlee

Fading Lights: The rise and fall of the video game arcade

The 15 essential games of this generation

In pictures: My first E3 by Spandas Lui

Frankly it all sounds a bit too self-indulgent. Heck, I just spent four paragraphs trying to explain the storyline and I'm not even sure it makes any sense.

Thankfully, the gameplay is great.

View to a Kill

Scaling the walls of Rome is as natural as running for Ezio, and the climbing mechanics are polished and fluid enough that it almost looks like an artform (parkour, urban ninja style). Discounting the miraculous — and highly improbable — jumps Ezio can conduct, a lot of the climbing motions seem believable enough. It's especially satisfying when you hear the crowd's murmur of disapproval when you start climbing buildings in public.

If you don't like travelling via scaling buildings, you can call on a horse for long distance travel. You can even launch yourself off the horse, reminiscent of Shadow of the Colossus. Sadly, one thing you cannot do is trample people to death with your trusty stead (I've tried). 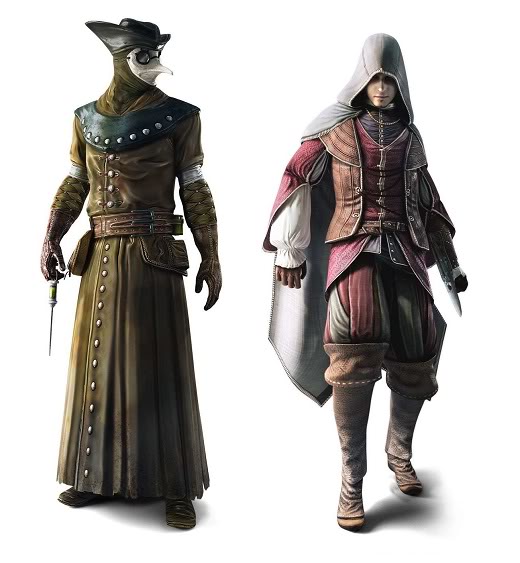 I wasn't really a fan of the combat to start with, especially the lock-on system. I found it too easy to change targets by accident, but once you face a mob of five, you'll thank your lucky stars that you can kill the guy you're facing, then quickly move onto the one behind you.

It's a one button mash when Ezio engages in combat but timing plays a key role, as counterattacks are essential to inflict maximum damage to an opponent. The AI is pretty full-on in this game, and I found myself sweating on the odd occasion I was flanked by a bunch of bloodthirsty enemies.

Cloak and dagger (and exploding canons)

Naturally, stealth is also a very big part of the game and Ezio can blend in with crowds and haystacks which are plentiful in the streets of Italy. Honing your skills in this area will help you evade guards and perform discreet assassinations.

Ezio can also recruit new assassins this time around (guess that's why it's called 'Brotherhood'). These new guns can be given assignments and you can even customise them to your liking. Treat them well because once they die, they will not respawn.

The great thing about the missions is their variety. For one, it's not an endless torrent of, "Here. Kill this guy" (although there's plenty of that as well). Sometimes you are required to do some acrobatic jumping to eavesdrop on people's nefarious plans. Then you might have to take a villain hostage in order to get a fair maiden out of prison. You may then have to stalk a young woman to find out where she lives...

Yes. Stalking a young woman back to her home. But he's an assassin, so that's kind of cool -- right? Right? *Awkward turtle* 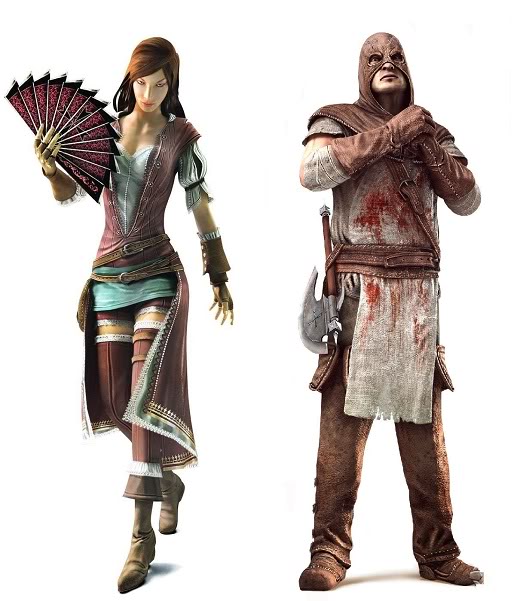 While I usually cringe at English delivered in pseudo-foreign accents, the voice acting in Assassin's Creed: Brotherhood, is superb and the dialogue isn't too shabby either. The key characters really have distinct personalities that come across in character design and the dialogue, making you care for them more than if they were just mere facilitators for Ezio's missions.

Arguably the most valuable addition to the game is multiplayer mode. I initially trialled it at E3 this year and it ranked as one of the most interesting experiences at the event. It utilises all the skills learnt in single player mode, relying on stealth techniques and calculated assassinations to earn points.

There are four game modes depending on whether you prefer deathmatch-style play or a game relying on teamwork. In the standard Wanted mode, up to eight players are plopped into a map and are assigned contracts to assassinate each other. But there's a wonderful catch: all the NPCs in the area are doppelgangers of the players. If you kill the wrong person, the contract is void. The core concept is quite similar to the cult PC game Spy Party, but with a lot more emphasis on action. 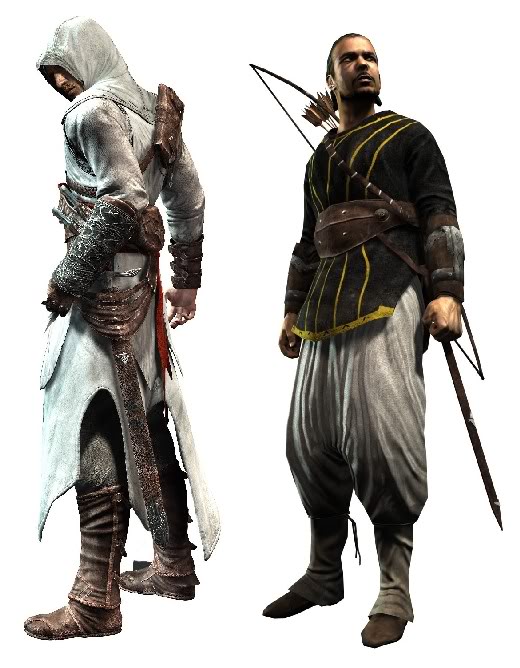 Inventive kills will unlock new weapons and abilities through a CoD-style levelling system. There is also a mode where one team can play the role of the assassins and the other plays the role of the targets. Players can chose between a number of players, including a Courtesan, Doctor and Blacksmith, each with their own unique assassination abilities.

It is one of the most innovate multiplayer systems to come about in a long time. The cat-and-mouse gameplay provides suspense and keeps you on your toes as you try to hunt and avoid being hunted at the same time. Customisable skillsets adds a new layer to just tailing and stabbing somebody in the back or scaling buildings to escape.

And there you have it. If you can get over the intriguing yet somewhat pretentious plot, Assassin's Creed: Brotherhood is a game to bloody your hands with. The addition of multiplayer alone instantly catapults it to the best game of the series yet.

That and, again, Ezio is a friggin' ninja

Are you sold yet?