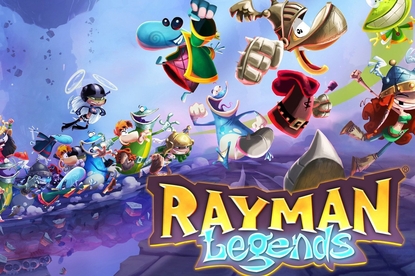 Rayman Legends successfully recaptures the charm and wit of its predecessor. The traditional 2D platforming may not be for everyone, but fans will get a kick out of it.

Rayman Origins was one of the more imaginative titles to come out on the PlayStation Vita on launch, even though it was not an exclusive but a multiplatform title. That game received praise for its unique visuals and well-tuned 2D platforming gameplay, and the expectation is that the sequel, Rayman Legends, will do the same.

Originally announced as an exclusive for the Wii U, Ubisoft made the welcome decision to bring Rayman Legends to other platforms such as the PlayStation Vita, packing in the same gameplay and presentation to be found in the console version in a handheld package. This is the version we’re looking at here.

Back to the Glade

Rayman Legends harks back to the old days of platforming where the focus was entirely on the gameplay. That means the story is more or less non-existent. All you need to know is that the game world, populated by limbless hero Rayman and his team of Globox pals, is called The Glade of Dreams. The core of the game consists of navigating the themed environments and defeating enemies, as well as collecting Lums and Teensies. The former are blue humanoid characters scattered throughout levels, and are used to unlock new levels in the game. Teensies are small pixels that are gathered to unlock medals, as well as scratch-it cards to unlock in-game bonuses.

Without any story exposition in between levels, you are able to dive in and play one level after the other. As you unlock more new characters, they can be selected and used in levels for a slightly different platforming experience. The look and feel of Rayman Legends is mostly unchanged from the earlier title, which is not such a bad thing considering how fun Rayman Origins was. What the game does have is a more varied and imaginative look to the game worlds, which are overflowing with activity. Bosses have also been upgraded to polygon models, which mesh surprisingly well with the game’s 2D presentation.

Some gameplay modes, such as flying levels on a mosquito, have been replaced with other types. One mode, with touch based gameplay reminiscent of Cut the Rope, requires you to remove obstacles as a Globox navigates the level. This mode is well implemented and makes good use of the Vita’s touch functionality. When it comes to rescuing certain Lums, the player also has to use the Vita’s motion controls to navigate the Globox through a maze-like level. The occasional imprecise nature of the handheld’s motion sensor in these levels means that you will have to attempt it more than once.

As a bonus, Ubisoft has included the levels from Rayman Origins into the game, which aid in collecting additional Lums to unlock levels in the main game. Those who have already played Rayman Origins won’t find much value in replaying these levels, but it’s a nice bonus for those who didn’t have a chance to play the first game.