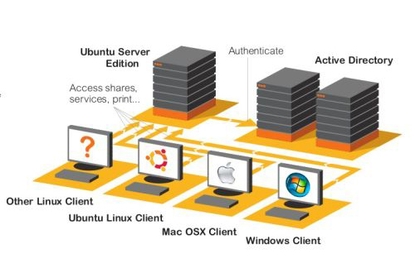 Ubuntu Server reminds us of the Xenix, UnixWare, and even early SunOS and Solaris version that were targeted toward VARs and vertical market 'solutions' platforms. There are a lot of choices that arrive in the Ubuntu distribution, and it's based on Debian, which is known to be less experimental than other Linux distributions. It's fast, utilitarian, and among the first Linux distros to link to clouds and clusters using standard components. Ubuntu Server's not so much lightweight, as just a little loose and fast in places.

Ubuntu Server is a fast, free, no-frills Linux distribution that fills a niche between utilitarian Debian and the GUI-driven and, some would argue, over-featured Novell SUSE and Red Hat Enterprise Linux.

Users can also configure the server as a svelte virtual machine or manually install server applications and utilities. The installation choices are offered through a simple 'VGA' (character) graphics menu.

Eucalyptus, based on an open source project at the University of California at Santa Barbara, is comprised of a cloud controller, a cluster controller and node controller.

Together, various nodes (operating instances where the work actually happens) are tied together either in local or disparate server locations, according to the desired computational strength, and the needs of availability of the nodes to do actual work.

Since communication among the components uses SOAP, a commonly understood mechanism in application development, we found building clusters into our own cloud to be pretty simple.