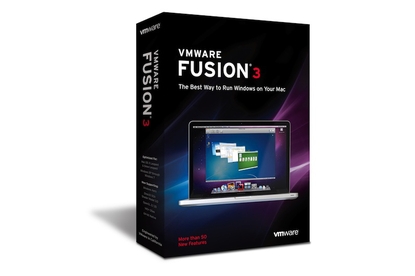 There were a few glitches in the rendering of Windows 7 virtual machines, but not enough to spoil the essential operation of this powerful package. We’ll cover the new Parallels 5 in a forthcoming review to see how the two options now compare. In the meantime, we found that in Fusion 3, VMware has made some notable and useful improvements over its predecessor, adding a some extra speed, along with the key upgrade in the appearance of Windows Vista and later Microsoft OSes.

Almost overnight, running Windows on a Mac became a viable option when Apple adopted Intel processors in 2006. As well as installing Windows directly onto a separate disk partition, allowing you to work natively in Windows, virtualization software packages appeared that enabled the simultaneous use of Windows from within Mac OS X - and all without rebooting.

The first commercial offering was Parallels Desktop for Mac, followed shortly after by VMware's Fusion. The two companies have been playing tag since, each adding features and functionality to match and then trump their competitor.

With the latest VMware Fusion 3, VMware has introduced key new functions that particularly address the running of Windows 7 and Vista, as well as numerous small interface and performance tweaks.

The most visually arresting sight is the new graphics system, which finally enables the use of Windows WDDM graphics. When Microsoft launched Vista, it introduced a new way to draw screen graphics - the Windows Display Driver Model - which is built around a new composite desktop graphics system.

And in Windows 7, there are Aero Peek live thumbnails in the dock, along with Aero Shake and Aero Snap effects available.

Under ‘View', you can elect to use Unity, which switches off the usual Windows desktop, leaving just open apps to mingle with OS X apps. In Unity mode, the Windows colour scheme also switches back to opacity alongside Mac apps, rather than full Aero transparency, and trailing ghosts appear behind dragged windows.

The integration of Apple's Exposé is useful, though, so that VM windows will appear like normal Mac windows when the function is invoked.

There was also some minor issues such as undocked Windows apps losing their contents until they'd been refreshed by clicking on the app icon in the Mac Dock.