If you're after speed, the My Book 3.0 external hard drive will certainly deliver. However, you'll pay a premium for the USB 3.0 interface, and there's no backup software or eInk display for labelling.

Western Digital's My Book 3.0 is its first external hard drive with a SuperSpeed USB 3.0 interface, making it one of the fastest direct-attached storage devices around. The benefits of the interface are certainly noticeable, though the premium price will deter early adopters.

The My Book 3.0 has the same sleek, book-like casing as Western Digital's other current My Book external hard drives. Unfortunately, it has neither the My Book Elite's eInk display nor the Essential's capacity gauge. Instead, the My Book 3.0 has a simple white indicator light. Although attractive, it's rather useless.

The casing is passively cooled through the top, which makes for quiet operation; the drive is audible when it operates over the USB 3.0 interface, however. 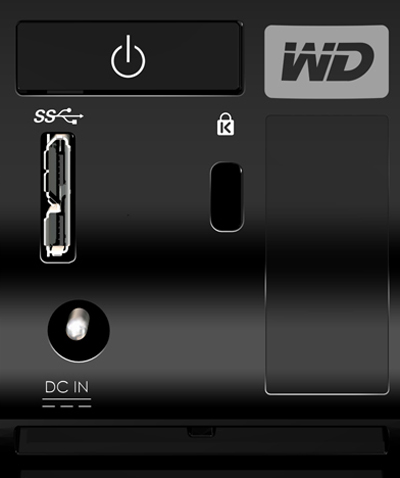 The My Book 3.0 has a SuperSpeed USB 3.0 interface

The main drawcard of the My Book 3.0 is its SuperSpeed USB 3.0 interface, which promises transfer speeds of up to five gigabits per second (Gbps), or 10 times USB 2.0's theoretical speed limit. Since the hard drive itself is limited to a maximum speed of 3Gbps, the My Book 3.0 won't quite reach those speeds. In real world operation, Western Digital claims you should see speed increases of four to five times those of USB 2.0 drives.

There aren't many PCs that currently have USB 3.0 connections, but the interface is backwards compatible with USB 2.0 (the My Book 3.0 will simply operate slower). For an extra $30, you can pick up a bundle that includes the external hard drive and a PCI Express 2.0 adapter card that provides two USB 3.0 ports for your desktop PC.

Disappointingly, you won't get any bundled software with the My Book 3.0; just USB 3.0 drivers and electronic manuals.

In order to see how the Western Digital My Book 3.0 external hard drive would fare under a variety of circumstances, we used two testbed PCs. For tests with vanilla USB 2.0 transfers and using the USB 3.0 expansion card, we used a PC equipped with a Core i7-965 CPU, 6GB of DDR3 memory and 300GB Western Digital Velociraptor hard drive, running Windows Vista 64-bit. For our primary USB 3.0 file transfer benchmarks, we used the same Velociraptor system drive but swapped out the motherboard for an ASUS P7P55-DE Premium motherboard, which boasts both SATA 6Gbps ports and an integrated USB 3.0 controller. The second PC was equipped with a Core i5-750 processor, clocked at 2.66GHz.

Our test files include a 3GB batch of 1MB files as well as a 20GB folder of 3-4GB files.

In initial tests, the My Book 3.0 increased file transfer speeds by roughly three times when connected to a USB 3.0 port. Our in-depth benchmarks show similar results; a My Book 3.0 external hard drive directly connected to a USB 3.0 port will easily surpasses USB 2.0 by three to four times, and compete with other fast interfaces such as eSATA, which has a theoretical speed ceiling of 3Gbps.

The external hard drive was much faster when connected directly to the USB 3.0-capable motherboard than when using the bundled expansion card. Since PCI Express 2.0 cards have a speed limit of 4Gbps, the speed differences are likely due to the host controllers used. Still, when using the bundled expansion card, you are likely to see a significant speed boost over vanilla USB 2.0 and, in many cases, over eSATA, too.

There's no doubt USB 3.0 is the future: it's capable of greater speeds than eSATA and has other benefits like being hot pluggable and delivering power to portable hard drives. The My Book 3.0 external hard drive is an excellent example of the interface's capabilities, though lacks some of the features of Western Digital's more stylish storage options.