Ys: The Oath in Felghana

Ys: The Oath in Felghana for PSP is a great action-RPG from XSEED Games 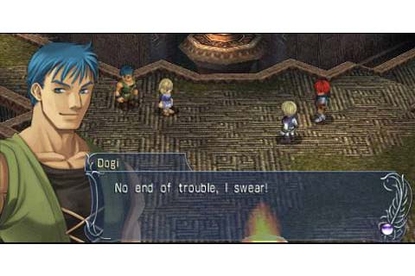 The latest instalment in Falcom and XSEED's Ys series of action-RPGs is a fast-paced, easy to grasp blast, despite its relatively short length and generic story.

Action/RPGs are in no short supply on portable consoles, but trying to find the cream of the crop is a difficult task. While, you can always rely on the DS to deliver titles like Zelda, the PSP action/RPG market has, up until this point, generally lacked the same sort of high-quality franchise you can bank on for a good experience. Thankfully, XSEED has stepped up to the plate with their deal to localize the PSP instalments in Japanese producer Nihon Falcom's long-running Ys series. Ys Seven made strong impressions among series fans and newcomers alike, and the release of Ys: The Oath in Felghana is yet another superb franchise title.

Much like the recent Lufia: Curse of the Sinistrals, Ys: The Oath in Felghana is a heavily reworked rendition of the third Ys game, Wanderers From Ys. Although it's not quite as dramatically overhauled as Lufia, it still changes the core game considerably, transforming what was once a side-scrolling adventure game into an overhead-view action/RPG to match the other franchise instalments. Many of the story elements, characters, and locales will be familiar to those who played Ys III in the days of 16-bit. While the tale of Adol, Dogi, and the strange happenings in Felghana isn't any more interesting than it was two decades ago, the revamped presentation — complete with all-new artwork, reworked music, and copious voiceovers — give it fresh element of charm.

The gameplay itself is typical action/RPG fare that, while lacking in frills, is very solid. Hero Adol can use a bevy of standing, running, and jumping sword swings (and later on, elemental magic) to attack foes with blindingly fast combos. He can also make use of a "boost" meter that fills gradually over time to gain a few seconds of augmented strength and defence for particularly tricky areas. Defeated enemies drop all manner of beneficial power-ups, ranging from money to stat boosts, making the act of boosting and speedy slice-and-dicing through a horde of foes to collect their loot immensely satisfying.

But not all enemies can be powered through with a flurry of sword strikes — many have unique patterns and attributes that will change up the way you approach combat with them. The game becomes quite challenging at points, and while you will rarely, if ever, need to grind for levels, you'll still want to slay as much stuff as possible to keep your strength on par with what the game throws at you. The bosses, in particular, are spectacular. You'll be battling giant demons, screeching harpies, and fearsome dragons with every skill you have at your disposal. These boss encounters require you to learn patterns, dodge skilfully, and figure out how to effectively damage them. You'll likely die at least once or twice on each boss battle before you start to figure them out, but if you fail repeatedly, the game will allow you to lower the difficulty slightly. It's not quite as dramatic as Lufia's permanent level boosts — it only temporarily adjusts damage taken/received by a few hit points — but it's often just enough to help you fight more effectively.

While the combat is engaging and enjoyable, the dungeon exploration itself is a bit lacking. There aren't too many different locales in the game, meaning you'll be encountering a lot of repetitive, samey-looking backgrounds. Compounding this problem is that the dungeons tend to be fairly big and lack any sort of mapping feature, making them easy to get lost in. Platforming sections can also be frustrating — it's sometimes hard to tell where exactly Adol will land — but an optional feature that lets you simply return to the start of the room rather than falling to the bottom of the dungeon after a failed platform jump is a very thoughtful addition.

You'll definitely want to practice your running and jumping, though, because there are a few very nice hidden secrets that require some careful platforming and use of magic skills. As a whole, however, the exploration part of the game isn't nearly as much fun as the fighting — there aren't that many items in the game, and there are only a handful of secrets that make backtracking to earlier locales worthwhile. You should easily be able to see everything Ys: The Oath in Felghana has to offer in 15 game-time hours or less.

But even with its relatively short length, Ys: The Oath in Felghana is a game well worth your time. The fun combat and charming presentation more than make up for a few aggravating dungeon exploration sessions. It's solid proof that sometimes a game doesn't have to be overly complex and innovative to be great — if it has solid fundamentals and executes them well, you'll still have an excellent product.