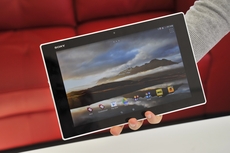 Has Asus made its adored tablet even better with its latest Transformer?