A stunningly thin and light design and excellent screen, let down by the lack of access to Google's Play Store 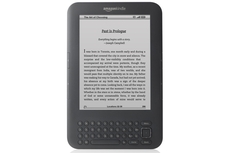 An affordable eBook reader that comes with a 1500-title library 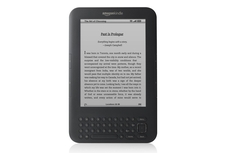 Apple's iPad is a multi-function device that focuses on multimedia and some productivity apps, but also functions as an e-reader with a new iBook store of EPub format books.

When Amazon released its first-generation Kindle, the company was light years ahead of the market, with virtually no competition for digital readers’ eyeballs. In 2010, though, the e-reader universe is not only set to explode, but it’s also set to fragment. What defines an e-reader? Is it only a device with an electronic paper-like display? Is it a device (tablet or otherwise) that has an LCD screen? Or does software turn any device into an e-Reader?