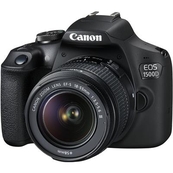 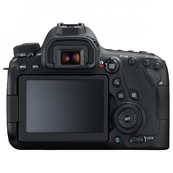 The full-frame EOS 5D series just got a major jolt of pixels.

The EOS 6D is a digital camera with a full-frame, 35mm sensor that is aimed at enthusiasts rather than professional users. We took it for a spin around the Australian International Airshow to see what it can do.

Canon's EOS 550D is an 18-megapixel entry-level digital SLR camera that's perfect for all types of photography. We put it through its paces in all sorts of lighting situations in order to see how it performs. All of the photos are straight out of the camera in JPEG mode; none of the pictures have been edited, except for the photo of the moth, which has been cropped to give us a closer look at the critter.

Sydney turns an eerie red: we capture the scenes across the city

PC World’s avid photographers, armed with a variety of cameras (ranging in price, from a number of brands and with different features and capabilities), captured scenes in Sydney, Australia as the city awoke to an eerie, orange sky caused by a dust cloud of red earth sent straight from the outback. We'd love to see your snaps too! Send us your photos and the details of what camera you used (and any settings) to campbell_simpson@idg.com.au