HP Chromebook 11 G4 review: This low-cost laptop stands out for its speed and solid construction

You can find a lot of affordable Chromebooks, but not many that offer as much quality for the price. 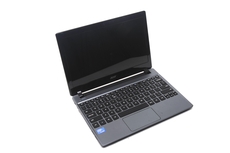 A small and inexpensive laptop for the Google generation Chromebooks are lightweight, inexpensive and efficient -- in other words, great for business travel. But can these Cloud-based laptops operate when you're off Wi-Fi? Sure they can -- here are 15 productivity apps that can work with you when you're offline.

In Pictures: 8 reasons why Chromebooks aren’t going away

t’s been more than two years since the first Chromebooks went on sale. They certainly haven’t taken the world by storm and there have been varying opinions and doubts about the viability of this notebook platform that runs Chrome OS. But Chromebooks are still alive and may be sticking around for a while. Here are 8 reasons why: