Is this 2400MHz, 16GB, high-performance memory worth buying? 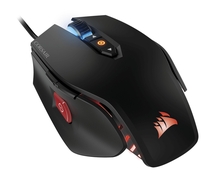 If you want a mouse that's geared towards fingertip control, this is one of the best.

A typists dream, theoretically. But it makes our fingers hurt.

It's quite something when it's fans that impress you the most.