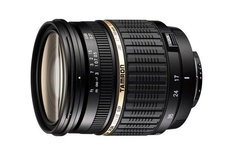 We look at how a third party kit lens stacks up to a first party one.