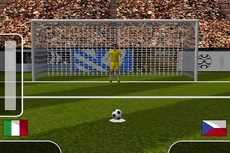 The much anticipated 2010 FIFA World Cup in South Africa kicks off in less than 90 days, and while some may be making the trek to see the games live (or scabbing their mate's new plasma), everybody else will be able to enjoy the games from any part of the world with a barrage of iPhone apps tailored to soccer lovers worldwide.