Google's media streamer is a little prone to crashes, but when it works, it delivers a blockbuster experience 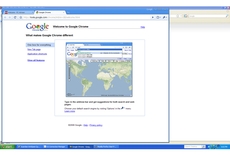 In Pictures: 15 of the best Google Chrome experiments ever

The 10 best Chrome extensions for work and play

Some of these add-ons for Google's browser will boost productivity and some are just plain fun.