Samsung NF210-A01AU review: A 10in Samsung netbook with excellent battery life and an interesting design 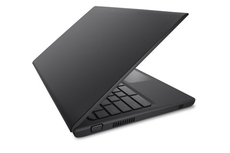 Toshiba today launched what we think is the sexiest 10.1in netbook on the market: the copper-coloured Toshiba NB200. This little netbook is aimed at the premium end of the market, where style and form are just as important as portability and functionality.

Rise of the netbook

The evolution of mini-laptops