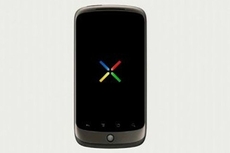 In addition to its 1GHz processor and OLED display, the Google Nexus One sports a multicolour trackball, light and proximity sensors, and a 5-megapixel camera

nexus one in pictures

Google's Nexus One, built by Taiwan's HTC, offers much of what one expects in a high-end 3G smartphone. Yet is it enough, and good enough, to give the iPhone 3GS a run for the money? Initial reviews like its design, speed and integration with the Web. With a two-year T-Mobile contract (at $US80 per month), Nexus costs $US179 (or $530 unlocked). A CDMA version is due with Verizon Wireless in Spring 2010. In this slideshow, we focus on some of the key differences, comparing the two smartphones in terms of their published specifications, with some comments from (and links to) early reviews and assessments of the Nexus.