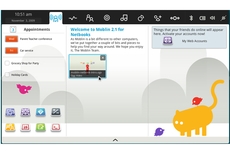 We found all four products to be capable network monitoring tools that performed well in our basic tasks such as checking for host availability and measuring bandwidth usage. Beyond the basics, there were quite a few differences in terms of features, granularity and configuration options.

In Pictures: The 'Bad Boys' of open source

In Pictures: 12 open source tools every Windows admin will love

Browser-based toolkits, add-ons to old favorites, tools programmers will love -- here are the most promising projects emerging from the open source community today