An HP all-in-one PC equipped with a touch screen Samsung's entry-level touch-screen phone is intuitive and boasts some handy social-networking features, but its lack of 3G connectivity is hard to swallow 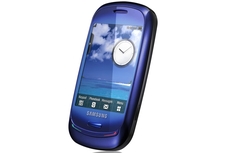 The first ecofriendly touchscreen phone succeeds at Web browsing and videos, but falters at other multimedia tasks Smartphones are all the rage in the mobile market, and it's touch-screen smartphones that have made the biggest splash. Apple's iPhone 3GS has hogged much of the limelight in this space, but there remains plenty of valid alternatives for those who want to let their fingers do the talking.

The touch-screen grows up before our eyes

"The Active Desk," was a touch-screen device developed in 1992 at the University of Toronto.