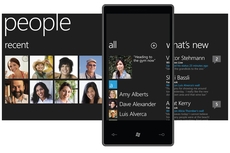 In the U.S., the first Windows Phone 7 smartphones will be available on AT&T and T-Mobile beginning in November

There was plenty of phones, even more slides, a list of important speakers and some glamour and hullabaloo as Microsoft launched Windows Phone 7 in AUstralia.