A return to the Dark Souls roots 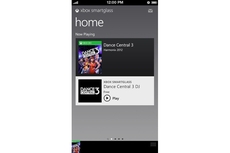 Use your iPhone to play with your Xbox's Dashboard

In Pictures: Xbox One X Unboxing

The Xbox One X has arrived. At least, ours has. Here's what's inside the box.

We picked up our Xbox One review model this morning, and started with a very summery unboxing. Check out - let's be realistic here - the last time this brand-new console will ever see natural light.